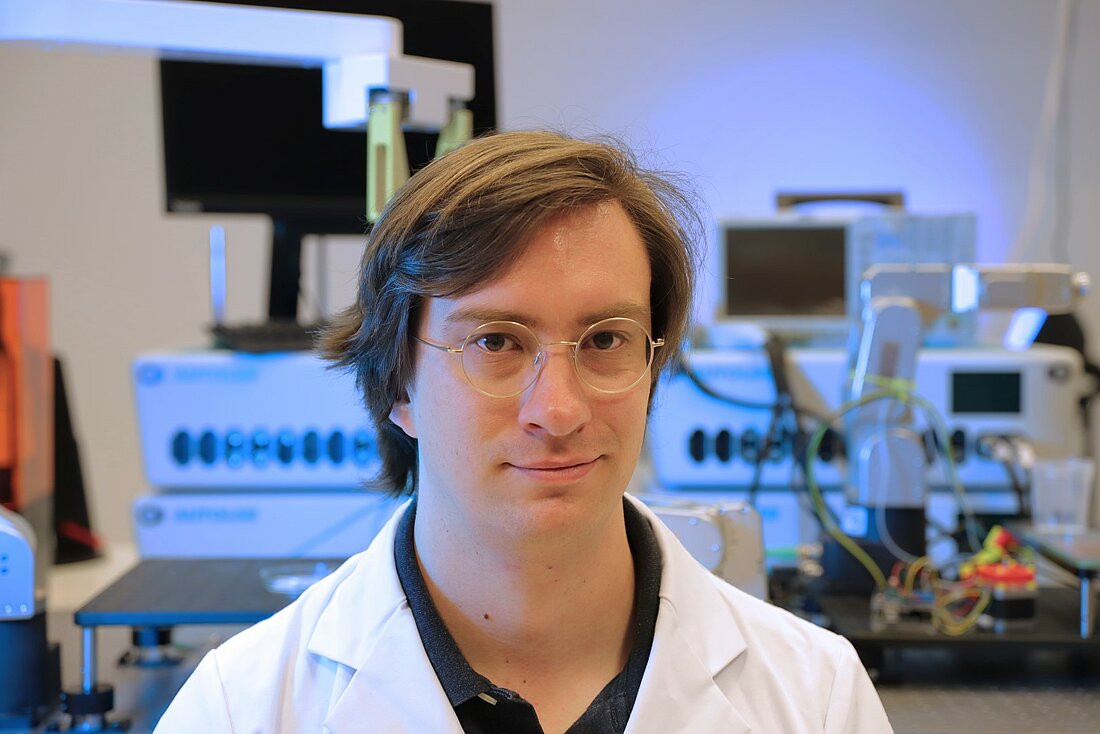 The Karlsruhe Institute of Technology (KIT) has appointed Dr. Helge S. Stein from CalTech as junior professor (W1 with tenure track). Dr. Stein and his research group will research for POLiS at the Helmholtz Institute Ulm and teach at the Institute of Physical Chemistry. The tenure track concept is adapted from the American education system and is intended to facilitate the path to a professorship and make the German appointment system more competitive internationally.

Helge Stein and his team will deploy a system capable of autonomous material synthesis, characterization and data mining techniques using artificial intelligence (AI) in experiment evaluation and design. This new paradigm for battery research will greatly accelerate the pace of research towards new and highest-performing battery materials. Battery research is characterized by the search for the ideal combination of materials and processes, such as heating, cooling or mixing. Trying all possible variations would require thousands of years using conventional methods. Stein and his colleagues in Ulm will employ several robots that are able to test several thousand  variations per day. This corresponds roughly to the average life's work of a researcher and will generate an enormous amount of information. With the help of algorithms and AI, the quality and information content of the robot's measurements are evaluated autonomously. A central AI decision maker produces predictions and then suggests the optimal follow-up experiment. This method adds to the already extreme acceleration of research and was shown to be capable of an up to 30 times more rapid optimization than traditioned trial and error.

Helge Stein was born in 1988 in Hamburg and grew up in Lüneburg. In 2008 he began studying physics at the Georg-August-University in Göttingen. He wrote his bachelor thesis on artificial photosynthesison manganates to produce “solar fuels”. His master thesis dealt with the construction of a high-throughput system. In 2013 he started his PhD at the Institute of Material Sciences at the Ruhr-University Bochum via a Max Planck Research School SurMat scholarship on high-throughput investigation of photocathodes for renewable hydrogen production. Challenged by the complex and time-consuming analysis of very large data sets very early in his career, he dedicated himself to become a leading expert in machine learning for experimental materials science. In 2015, an exchange semester within the REACH program of the Keller Center at Princeton University followed. After his doctorate, he held a postdoctoral position as a research engineer in the research group of Dr. Gregoire at Caltech from 2017 to 2019. There, he researched machine learning for experimental material sciences until his KIT appointment.